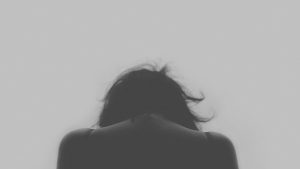 Here’s an interesting revelation that only came to me through my current counselling training:

It’s not wrong to have needs in a relationship

It may sound obvious to many, but I really didn’t understand that properly during my marriage. My ex-husband used to try to convince me that it was wrong to need anything from him; he made it clear that that he thought people should have no expectations of others. I realised eventually that it was a theory which allowed him to suit his own ends; he believed that having needs was the same as being “needy”. He may or may not have been doing this with awareness, but the ultimate result was that he got to satisfy his own wishes, while I felt clingy and like a nag for asking for anything from him.

Since beginning my training one of the wonderful things I’ve learned is that it’s normal, healthy and completely human to have needs. There is no shame or guilt in wanting our needs met, however, it is our own responsibility to work out how to get what it is we need.  No other person is responsible for making our lives happy, but relationships thrive on a healthy balance of give and take; openness and boundaries; securing our own needs, yet a willingness to acknowledge the other person’s.

Living in a relationship where emotional needs aren’t met, particularly if you are led to believe that it’s wrong to expect them to be met, can be a very lonely place. I often felt slighted, resentful and like a harassing wife for needing basic things such as family time (without having to beg); empathy and understanding of my feelings; not wishing to be constantly let down or second best to his social life; or to occasionally be made to feel special. I realise now, of course, that his behaviour was symptomatic of a lack of interest in the relationship; my problem back then was that my own personal issues didn’t let me see that I deserved better. So when my low self-esteem met with his insistence that I wasn’t entitled to expect anything from him, I simply let him carry on pleasing himself while I told myself that I was a good generous wife for allowing him his freedom. I placed blind trust in him about the whole needs and expectations issue, and that was my downfall. It never entered my head for a second that he would use his freedom to betray me.

I am certain that he also felt that I was not meeting his needs; why else would he begin a new relationship when still married? The problem was, that in his insistence that we should have no expectations of each other, he left himself nowhere to turn but outside the marriage. Had we been able to healthily and openly communicate to each other what we needed, things may never have turned out the way they did.

To demonise and deny expression of needs takes away a part of our core being. I have learned that it is ok to need what I need, unapologetically. I can give some of these things to myself; I learned very quickly after my marriage ended to give myself the respect, kindness and understanding I needed. I’ve also realised that I am entitled to expect things from others. People are free to say yes or no, and I am free to respond to that however I feel.

In my current relationship we are both capable of meeting our own needs, but I still have expectations of my partner, and he has them of me. This is healthy; we can communicate about what we need from each other. We also have boundaries, and know what we can and can’t expect of each other. And if one of us can’t meet the other’s need, we have a choice about how to get that need met.

I don’t expect my partner to inspire me spiritually (though he sometimes, surprisingly, does). He doesn’t need me to laugh at his terrible jokes (although often I do, and he loves it!). I absolutely need him to be honest with me, and to make time for me. He does this willingly and lovingly. He needs me to support him when he wants it, and give him space to work things out on his own when he needs to. I am happy to do this for him.

After a break-up up, it’s worth thinking about how well your needs were being met; whether you might have been expecting something your ex wasn’t capable of delivering. Always remember though, that your needs are valid, despite another’s inability to meet them. Do you really want someone who doesn’t acknowledge what’s important to you? The pain of a break up  can feel unbearable, but it does eventually give way to a relief that you can begin to give yourself what you need.

The Loneliness of Unmet Needs